Time has flown since my last post!  School started and along with that came soccer games for both boys, dance lessons for my daughter, and after-school tutoring to catch up to what the public schools have been doing without us.  🙂  Add to that my part-time work, cooking, cleaning, shopping, and ‘stare off into space with exhaustion’ time and it’s been a whirl wind!  All that being said, the end of 2013 was amazing.  School has gone well for all three children.  It was fun to watch the kids in soccer and dance but I was very glad to get my evenings and weekends back when it was over.  My job is the best of the best.  I get to use my skills, help out a friend, get paid, and go home without the stress of ever-looming deadlines and demands.  The best part of the end of 2013, though, was the very last part.  My whole family had a week and a half off together at Christmas.  My husband took off work, my kids were out of school, and we were all home together.  We ate lots of food, visited with family, played family games, watched TV.  It was awesome!! It was a rare occasion where my husband wasn’t on-call (which he has been 24/7 for several years now) so we all just got to relax.  I can’t remember a better Christmas ever before.  In fact, after how much we enjoyed just hanging out and playing games, I’ve found myself looking forward to staying home on the weekends so we can relive those moments in smaller doses!!

Now it’s 2014!!!  It’s a new year and new years tend to bring new resolutions for most people.  I have never been a New Year’s Resolutionist (I may have made that word up but you know what I mean ;)) because it just seems like a set-up for failure to me and because I’m continually thinking through and evaluating the need to change, improvement, continue on a path, etc.  However, with all the changes that our family went through in 2013 (took on more leadership at church, I quit my job, said goodbye to our kids’ private school, stepped down from leadership at church and changed churches, moved our kids to public school, I started working part-time, changed diet from vegan to Paleo-ish, started selling products in two MLM businesses), I found myself imagining what will be in store for 2014.  There are so many aspects of my life…spiritual, marital, physical, maternal, professional, friendshipal (haha, just kidding about that last word ;))…and lately I’ve been thinking through each of them.  It’s interesting the way they work together and even the happenings of the past that have led to the status of the present.  I can’t help but wonder what current occurences I will look back on later and say, “Ah ha!  That’s why that happened!”  Anyway, much interesting introspection for another day.  🙂

Today, I want to talk about Whole 30.  Have you heard of it?  It’s a 30 day eating plan (yes, I could say ‘diet’ but that word has such negative connotation with so many that I’ll just steer clear thank you very much) that is meant to help you get back to square one, so to speak.  It’s an elimination plan…not like an all juice or any other extreme type of elimination plan but rather a plan to get rid of many common irritants in your diet.  Many people who follow a Whole 30 do so in order to discover certain food allergies or sensitivities but that’s not so much my goal (although if cleaner eating gets rid of my recently acquired knuckle pain, I’ll take it!!).  I tried the Whole 30 plan for 9 days before Christmas and I could see a difference in how my clothes fit even from that short time so I decided to do a full 30 at the beginning of the year.  I figure it’s a good way to get back on track after all the holiday eating even if my clothes don’t get looser (which they haven’t so far).  The eating plan is fully laid out in the book “It Starts with Food” which I haven’t read yet but I did receive in the mail today.  I’ve read through much of the website (http://whole30.com/) though so I know enough of the basics to give it a go.  Hopefully the book with help me eliminate some of the allowances I’ve justified though.

So let’s break it down:  for 30 days the plan is to eat without

Also, you will eat enough during your three meals per day (five if you exercise) that you won’t need any snacks.  I did pretty well with this part during my first attempt at Whole 30 before Christmas but this past week, I didn’t eat enough at my meals to keep me satiated.  It just takes some working through but it’s achievable.

“What CAN you eat?!” you may be asking.  Well, actually, lots of foods!  I was already eating a mostly Paleo diet when I took on this endeavor so it hasn’t been a complete shock to my system but if you’re eating a Standard American Diet (SAD), this might make you feel completely lost.  However, it was with that thought in mind that I wanted to type up this post.  I figure there are others out there who might give this a shot (or at least clean up their diet a bit) if they had a meal plan lined out for them.  You can find many recipes online (go ahead, google ‘whole 30’) but sometimes it’s intimidating to make your own plan.  So, I hope this helps.  Below is my list of meals for last week and next week.

Before we get to that though, here’s my confession of not being perfect.  I’m going to be real…I have not been completely compliant with the plan.  Maybe I shouldn’t even claim to be on the plan since it doesn’t allow for any cheats.  However, I’m happy with the accomplishments I have had on the plan so far (mainly mental) and I may keep at it until I do actually eat ‘Whole 30’ but, even if I don’t, I’ll be happy with my progress.  Let’s look at the steps above and I’ll tell you where I’m missing it.  Hopefully you won’t struggle in these areas, but if you do, you’ll be in good company.  😉

I will say that, even on day 11, it is a struggle meal to meal on some days.  I made my kids cinnamon pancakes with cream cheese cinnamon roll drizzle this morning and I didn’t touch a bite.  I didn’t even lick the dollop of glaze that landed on my finger.  It was tough.  I was hungry and it took me an hour to make their meal and I still had to clean up.  I had sausage and bacon cooking too so after I cooked and cleaned it all, I certainly didn’t want to cook again for myself.  So, I had a couple of slices of bacon, a banana, and coffee then went for a run.  Of course, I was much hungrier after that and had to find more food, but at least I got my mind off of the sweet treats lurking in my refrigerator.  While it was tough to resist at the time, I’d be bummed if I gave up the 11 day effort over some little pancakes.  So, I didn’t!

January 1st: Beef fajitas, homemade salsa and guacamole.  For the fajitas, leave out the sugar.  I did use the Worcestershire in this one but I’m sure there are good subs that I just couldn’t think of on day 1.  Use the guacamole and there’s no need for cheese or sour cream.  Wrap it in a lettuce leaf or eat it as is.

2nd: Shepherd’s pie and Brussels Sprouts with pecans and pomegranate arils.  I actually had some white potatoes that needed to be used so I used those instead of a cauliflower mash.  However, instead of milk and butter I used the water the potatoes boiled in, chicken broth, and some coconut butter/cream.  They were great.  For the Brussels, I topped mine with pomegranate arils instead of mixing in dried cranberries.

6th: Pork chops in creamy turmeric sauce with roasted cauliflower.  Instead of ricing the cauliflower, I cut it into florets and roast it.  It saves time and cleanup.

7th: Beef stroganoff with sautéed greenbeans.  The stroganoff recipe had to be edited to use coconut oil instead of butter and coconut cream (from the top of a can of coconut milk) instead of the cream.  It wasn’t as decadent as the original recipe but it was still good.  I cooked the greenbeans in coconut oil until they started to brown a bit then added chicken stock (check the ingredients – Swanson’s stock, not broth, is whole) and let them simmer covered until they were crisp tender.  Then I added salt, pepper, garlic powder, and onion powder.  Delish!

10th: Burgers with jicama home fries and avocados.  The burgers were ground beef, tomato paste, ground mustard, salt, pepper, balsamic vinegar, garlic powder, and onion powder.  I didn’t get enough of a head start with boiling the jicama so those weren’t as tender as I wanted but I may try again another day.  I hear that jicama is a great potato substitute.

13th: Bora bora fireballs with sunshine sauce and roasted cauliflower.  I couldn’t find sugar-free sunbutter and I’m out of homemade almond butter at the moment so I used tahini.  I haven’t tasted it yet but my husband approved. 🙂

That’s all I have so far although I do have some loose plans for the rest of the month.  Hopefully I’ll get those posted too in another week or so.  🙂  For snacks, if needed, I’ve been eating pistachios with dried blueberries and coconut chips or compliant Larabars (peanut butter or blueberry).  For coffee creamer, I’ve been using a blend of one raw egg, two tsp of melted coconut oil, and one can of full fat coconut creamer.  Blend together (start with the egg) and then add any flavorings you want.  I’ve tried it with cinnamon extract and with vanilla extract and cocoa powder.  I bought some alcohol-free maple extract recently though so I think I’ll try that in my next batch.

If you decide to give Whole 30 a whirl or even make some positive changes as inspiration from this post, let me know.  Also, I’d love any feed back on the recipes or new ideas or compliant substitutes for Worcestershire.  One final note…I am not condoning any of the cheats I’ve done on Whole 30.  I encourage you to do the program and do it completely.  However if you find yourself slipping, I hope my transparency gives you encouragement to keep on trudging.

This post is already pretty long so I’ll wrap it up here.  However, the thought of Whole 30 leads me to some spiritual applications (how could it not?) so I’ll get to those in a separate post.  To be continued…

This site uses Akismet to reduce spam. Learn how your comment data is processed. 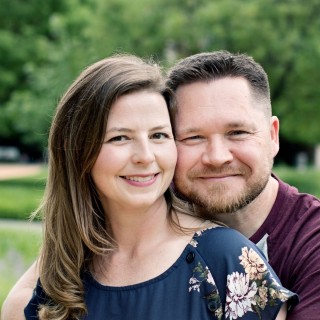 I'm a stay at home mom and wife endeavoring to 'get whole.' Being whole has a two-fold meaning for me...1) being whole in my identity in Christ and 2) eating whole to promote health.

Holly Would If She Could

Against All Grain
Straight Up Food